Do Increased Court Fees Mean The Government Is Fattening Up The Civil Court System Before Privatisation?

Court fees might be about to be increased again. Is the government fattening up the civil court system before privatisation?

Civil court fees increased significantly in April 2015. Read our earlier post here for details. Those increases came in for significant criticism. What benefit have court users seen for the increases? Shailesh Vara seems unashamed in saying the civil court system needs to pay its way in fixing the economy (see below). Undeterred, the government is pressing for more increases.

Court Fees May Be Increased Again 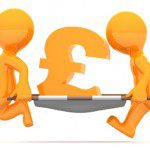 Despite increases to court fees as recent as March 2015, already the government is proposing further increases. The previous increases did not affect small claims court users. However, the new increases have potential to cost all court users more.

Our view at Small Claims Court Genie is that the application fees should have a sliding scale, much like issue fees. It isn’t fair and proportionate that the fee for an application in a £10 million claim is the same as a £200 claim.

Whilst it will not affect small claims, the maximum court issue fee for issuing a claim increased to £10,000. For court fees for claims over £10,000 the fee is charged at 5% of the value of the claim, subject to a cap of £10,000. The government has increased court fees and is making serious revenue from it.

Has Michael Gove Been Appointed to Push Through More Unpopular Reforms? 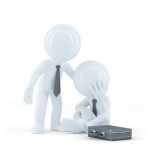 The appointment of Michael Gove as Secretary of State for Justice, was received by the legal profession with caution. Mr Gove was not well liked by the teaching profession during his spell as Secretary of State for Education. He created something of a reputation for rail-roading through reforms, whether unpopular or not. He received a number of votes of no confidence from teacher organisations including both the Association of Teachers & Lecturers, the National Union of Teachers and the National Association of Head Teachers. Mr Gove did not seem all that bothered by the criticism and seems to have a tough resolve to deal with difficult and unpopular issues.

The fear was that he would adopt a similar approach when dealing with the legal system. Already the criminal bar has been in conflict with him regarding his insistence that they work for lower fees.

The former Secretary of State for Justice, Chris Grayling, was not a popular one. He oversaw some unpopular changes to the legal system. He was not a lawyer by profession and was roundly criticised for pushing through a number of reforms. Mr Gove has now gone but the legal profession remains concerned about the way the government is dealing with the court system.

Fattening The Goose Before It Is Sold? 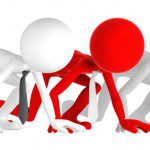 The Law Society described the proposed fee rises as “tantamount to selling justice like a commodity”. Courts Minister Shailesh Vara replied stating the increases were “necessary if we are to deliver our promises to fix the economy and bring the nation into surplus.” So the legal system is seen as a cash cow to exploit and to bring money for the government to use elsewhere. Is that right? Would the NHS be used to create profit for other government departments and initiatives?

If the government can increase income through the civil court system, it makes the system more attractive to the private sector, if it were to be privatised. Politicians have a track record of this type of strategy. For example, the government increased the cost of first class stamps by 30% before Royal Mail was privatised.

Is the civil court system about to be privatised? Possibly. Would that be a good thing? In our view, probably not. Private companies aim to make profit – they will look at increasing revenue and cutting costs. Justice, health and education for example, are crucial to society and is it right that such fundamental services be risked in the hands of private companies rather than the state?