Starting A Small Claim And What Happens Next? 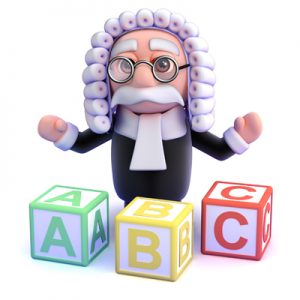 The Claimant starts a claim by sending a claim form to court with the court issue fee. Virtually all small claims now have to be issued in a central office in Salford. See this post here for more information.

The court rules about what to include in the claim form, particulars of claim and defence are set out here.

After A Claim Has Been Started At Court

After a claim has been issued, the Defendant must file a defence. Failure to file a defence within the time limit, means the Claimant can ask the court to make an order for the full sum claimed. See here for information about responding to a claim.

Once a defence if filed, the court has to decide what needs to be done to get the matter to trial. To help the court decide what to do, it will send out a form called a directions questionnaire for the parties to complete.

Allocation To The Small Claims Track

If the value of the claim is under £10,000 the court will send a small claims direction questionnaire to both the claimant and defendant for each of you to complete, with a deadline for when it must be returned to court. Sometimes there is a court fee to pay as well.

Once completed direction questionnaires are returned to the court, the file of papers should be put before a Judge to read. The Judge will then decide:

Sometimes the court will just tell the parties to file (post to court) and serve (post to your opponent) the documents you want to rely upon at trial, at least 14 days before the trial date. Sometimes the court will say written witness statements also need to be filed and served. Care should be taken to ensure that you follow the terms of the order. Failure to do so could restrict what evidence the Judge will consider at trial. Don’t miss any deadlines set by the court.

At some point after directions have been set and most likely in the directions themselve, the court will specify the date by which the trial fee needs to be paid. Generally, only the claimant is required to pay the court fees (although a defendant will have to pay a fee it bringing a counterclaim). Failure to pay a fee to the court on time could lead to the court could striking out the claim or defence, so don’t miss the deadline. One thing to remember when dealing with the courts is that they can be very strict with deadlines.

Trial fees used to be refundable if a claim settled in advance of the trial date. They are no longer refundable so you might want to pay it closer to the deadline if there is the potential of the matter settling in the meantime. 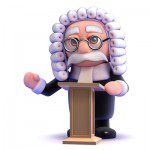 The mediation service is free so unless you are determined to go to trial, you should give mediation a go. It depends upon the County Court dealing with the claim but mediation is likely to be carried out over the telephone so you needn’t have to go to court or have to come into contact with your opponent for the mediation to take place.

The mediator is employed by the court. He will not know a great deal of detail about the case. He will not make any kind of judgment as to who is likely to win at trial or give advice on what you should do. He is simply there to try to help you strike a deal with the other side to avoid the matter going to trial.

The vast majority of claims settle at mediation or shortly afterwards so it is usually worth taking up the offer.