The aim of the small claims system is to keep the process simple. This is to enable users to go through the process without incurring legal costs. To keep it simple, the forms that need to be completed are generally accepted by the courts with less detail than the usual forms. In the case of a directions questionnaire, there is a specific small claims version of it.

Below are the key small claims court forms you will likely need to use during the process, all of which can be downloaded for free from the Justice website here.

Those in control of the court system are trying to divert people to its online resources, rather than to court buildings. This is a trend that is likely to continue so visiting the Justice website is always a good idea, although it isn’t very user friendly and easy to read.

There is the option of filing most court forms at court electronically by email. Generally, forms and documents which do not require a fee to accompany it can be filed electronically but you should check the rules here.

Most claims start in the County Court Money Claims Centre, as that is where claims over money must usually be started. It is likely the early documents in the case will all need to be sent to the County Court Money Claims Centre, such as the Defence and the Directions Questionnaires. However, read carefully any orders you receive requiring you to take action. Most orders make it very clear where something is to be sent to and by when. If you send something to the wrong court, it may not end up where it should and they may just return it to you – the deadline will be missed.

You can obtain details of the court addresses and email addresses here.

If you send documents in the post, remember that you need to send them early to make sure they get there before the deadline.

This is the form which starts the claim so it is one of the most important small claims court forms. It must be completed and sent to court with the appropriate court issue fee.

If you ask the court to serve the claim form (which is the norm), it will attach a response pack which consists of the acknowledgment of service, admission and defence forms. All of these will be sent to the defendant (the person being sued). We explain what these forms are below.

It is also possible to commence a claim online using Money Claim Online.

So, if the original date for filing a defence was for example 14 July, this will extend time to 28 July, provided it is filed at court any time prior to the end of 14 July.

This is the document the defendant completes to set out why it disputes the claim. It is incredibly important.

“I believe that the facts stated in this defence are true”

The purpose of the defence and its requirements are set out here in the court rules. Each allegation of the particulars of claim must be admitted or denied in turn. If there is a denial, the reason for the denial must be stated.

If the defendant admits the claim, it should complete this form. The form also allows the defendant to ask for time to pay the sum by instalments.

If time to pay is requested, it will be necessary to complete the financial information and income, expenditure, assets and liabilities. Inserting false information into that form is a serious offence and could find the person in contempt of court. The courts can be surprisingly generous when it comes allowing defendants time to pay, which can be frustrating for claimants if an instalment order is made.

Request For Judgment In Default

If the defendant fails to file a defence within the deadline, the claimant can apply to court for an order that the defendant pay the sum claimed in the claim form, including additional interest. This is known as obtaining judgment in default.

This is the only form you will see, which can accurately be referred to as a small claims court form. All the other forms including those mentioned above are used in claims which fall outside the small claims court.

The information contained in the questionnaires, will enable a judge to decide what needs to be done to get the matter to trial and how long the trial itself should take to deal with.

A failure to file the directions questionnaire at court, can result in the claim or defence being thrown out of court. Do not miss the deadline.

When completing any of the small claims court forms, it is best to start them early.

Leaving them last minute immediately before a deadline, can mean the form being rushed. It is best to have a go at completing it, leave it for a short while and then come back to it to see if it can be improved. Preparation is important.

If you want to give yourself the best chance of succeeding, download our ultimate guide. It takes you through the process step by step and in plain English. 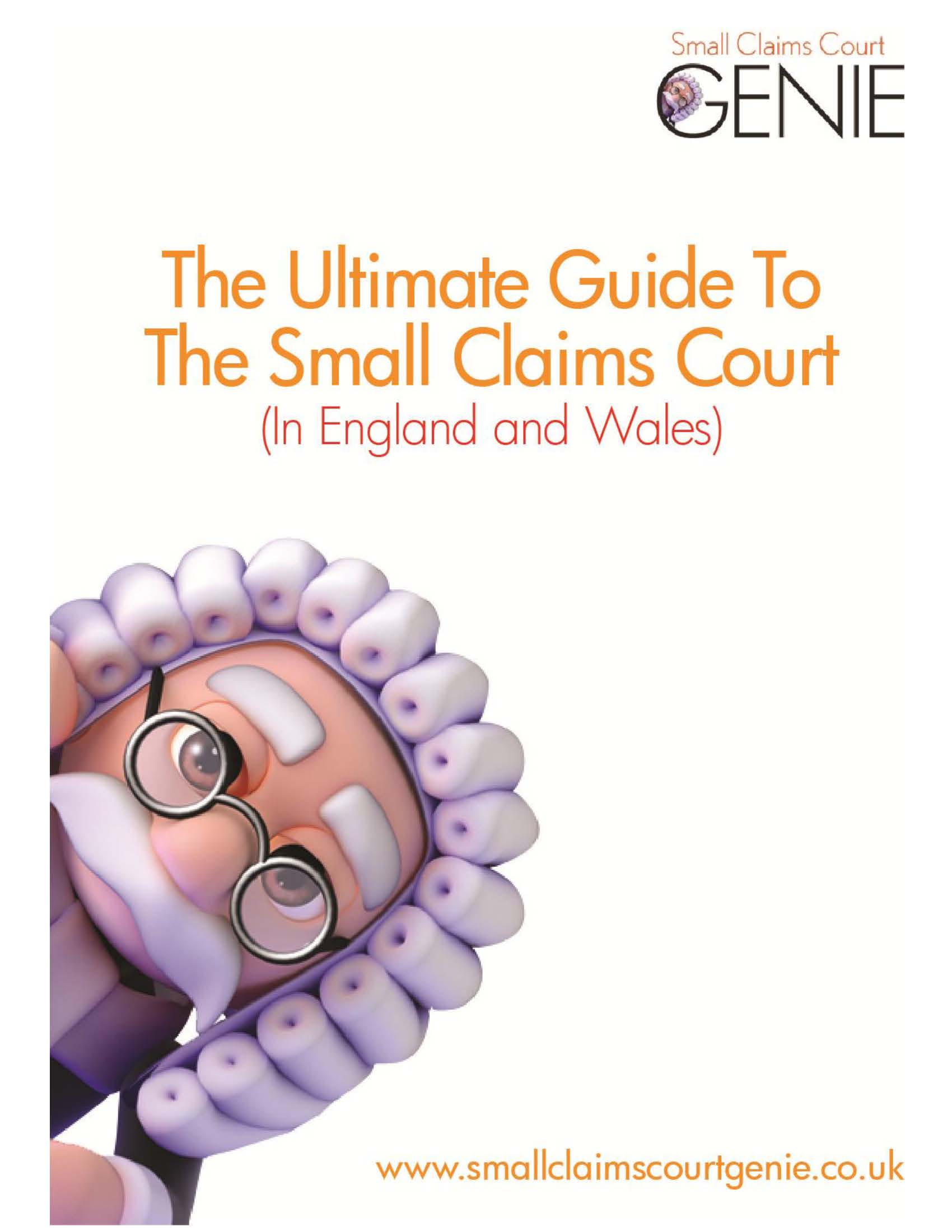 “I didn’t know where to start with my small claim. The Genie site answered a lot of my questions and I wish I had found it earlier than I did. The Ultimate Guide was a great help too.”