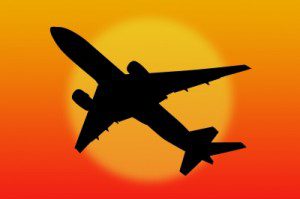 Flight delay compensation has become a hot consumer topic in the last couple of years.

European legislation has been in place for many years which allows customers to claim compensation for delays caused by the fault of the airline but it was only in October 2014 that the English courts gave certainty over the rules.

The amount of compensation depends upon how long the delay was and what distance was travelled, so compensation ranges from £220 to £520.

What Are The Rules?

In short, you might be entitled to flight delay compensation if:

(The rules are pretty similar for flights which are cancelled)

First of all, you should not rush straight off to court. Judges expect the courts to be used as a last resort.

You should write to the airline providing details of the flight and why you believe you are entitled to compensation. If they accept the claim – great!

If the airline still will not pay and you want to pursue the matter, then you should go to court. Given the amount of compensation you can claim, the claim will almost certainly be dealt within the small claims track of the court, as it is well within the £10,000 limit.

There isn’t anything which prevents you from going to court straight away but the first two steps will not cost you any money. Going to court means you will have to pay court fees. Read our site for more details of the small claims procedure.

We only briefly cover the rules and procedure on this site. An excellent guide is here.