Service Of Documents Before Trial 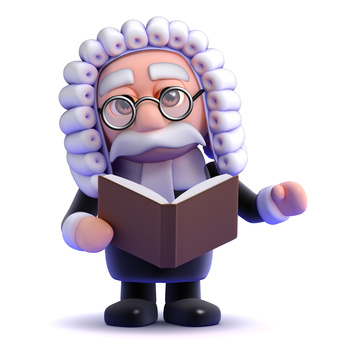 Service of documents in court proceedings, including small claims, should be carried out as set out in the Civil Procedure Rules.

Failure to follow the rules, could result in the court refusing to allow the evidence, whether it be documents or a witness statement.

In small claims matters the Judges may be more relaxed about compliance but it really isn’t worth taking the risk, so serve your evidence on time and use the correct method.

In small claims, the court will usually say all documents you want to rely upon at trial must be filed at court and served on the other party no later than 14 days before the hearing. However, check what the court order says carefully.

Service By Email On Your Opponent

Service of documents by email is becoming more common. The rules allow it under CPR 6.20(d), which refers to some additional rules in the attached Practice Direction (PD6A 4.1). You can only serve by email if the other party has agreed to it (6PD 4.1(1)(a)) and must you check in advance whether there are any limitations on the ability to receive the documents such as restrictions on the size of attachments that can be received or the format of the documents being sent (6PD 4.2). Putting your email on a defence or other court document could be considered agreement to being served by email.

If a document is served by email, there is no need to send a paper copy as well (6PD 4.3). It is for the other party to have to arrange to print the documents off!

If service is made by email, the documents are technically served that same business day, if the email is sent before 4.30pm. If sent after 4.30pm, they are deemed served the following business day (CPR 6.26).

If you are going to serve by email make sure you take a copy of the email sent with you to trial, in case the other side claims it was never received.

The courts will accept documents electronically but they will usually reject emails with attachments that exceed 2MB in size. If the attachment is larger than that, you should send paper copies to the court before the deadline expires. When you email the court, you should receive an automatic reply. If you do not, you might not have sent it to the correct address.

Service by email can only technically be used if the other party has already agreed to it. If you do not want to be served by email, write to the other party to make that clear.

In small claims disputes, the trial Judge is likely to take a common sense approach to service which technically falls outside the rules. A Judge is unlikely to be happy with a party serving evidence last minute or producing it at the hearing and you run a real risk of it being disallowed if left too late. However, serving it a few days late with a good explanation for the delay, will probably mean the Judge will allow the evidence. The Judge will be concerned as to whether the other party has suffered any prejudice because of the delay.