Without Prejudice – What Is It And When To Use It 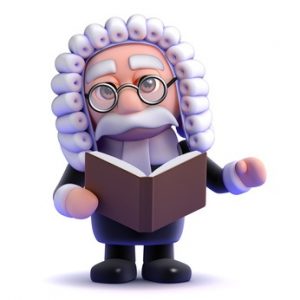 Without prejudice is often written on letters in correspondence during court proceedings. Often, no thought is given to why or what it means.

It does not only apply to written communications but also to meetings and discussions.

When Does Without Prejudice Apply?

The without prejudice rule will generally prevent statements made in a genuine attempt to settle an existing dispute, whether made in writing or orally, from being put before the court as evidence. The reason for the rule is to encourage parties to discuss potential settlement to narrow the issues or to agree terms.

But Be Careful When Relying Upon It

In a very recent case (Suh & another v Mace (UK) Limited), the court decided that admissions made by a Claimant who was acting as litigant in person (no legal representation) to the solicitor of the Defendant, were protected by without prejudice privilege. This meant the content of the admissions were inadmissible at trial.

The court determined that whilst admissions of money being owed might have been made, they were made during discussions which it regarded as negotiations genuinely aimed at settlement. The court made it clear that the main point is the purpose of the meeting or discussion, not the content.

It is important to note that the Judge deciding the claim agreed with the Claimant and allowed the admission. It was only at the Court of Appeal that the more senior Judge decided it should be subject to privilege and therefore could not be relied upon at trial. A re-trial was ordered.

The Court of Appeal took a generous approach here for a litigant in person up against a solicitor. Had this been a solicitor to solicitor discussion, it might have been a different outcome.

The main thing to take away from this case for litigants in person, is to be careful what you say and when. Think very carefully before making an admission. Judges dealing with small claims might not be very sympathetic if you try to argue an admission should not be relied upon.